The Murujuga Aboriginal Corporation (MAC) has members from five traditional Aboriginal language groups from the Pilbara region of Western Australia. These language groups are the Ngarluma, Yaburara, Mardudhunera, Yindjibarndi, and Wong-Goo-Tt-Oo. MAC is governed by a Board of Directors and guided by the Murujuga Circle of Elders. MAC’s overall operations are managed by the Chief Executive Officer (CEO).

MAC’s Board of Directors is tasked with the following:

MAC’s Board of Directors consists of:

At the February 2022 AGM, the following MAC members were elected to the MAC Board of Directors:

One position for Mardudhunera Director is currently vacant.

The Murujuga Circle of Elders (CoE) consists of mature aged, Traditional Custodians of the land who are members of MAC and, as a group, represent all three contracting groups. In their unique role, the CoE strives to speak with ‘one voice’ to provide governance and advice on issues related to traditional Aboriginal cultural knowledge, such as cultural safety and working on ngurra (traditional country). The membership of MAC, as well as the wider Aboriginal community in the Pilbara region of WA, recognises the authority of the CoE for their cultural guidance on various issues involving the people and ‘country’ of Murujuga. The CoE has provided invaluable advice and support to the ranger team and to the Murujuga Land and Sea Unit. The CoE has also provided consultations on the Murujuga Cultural Management Plan, the Murujuga General and Research Protocol Guidelines, the World Heritage Tentative List Submission, and the Murujuga Rock Art Strategy.

The current members of the Murujuga Circle of Elders are: 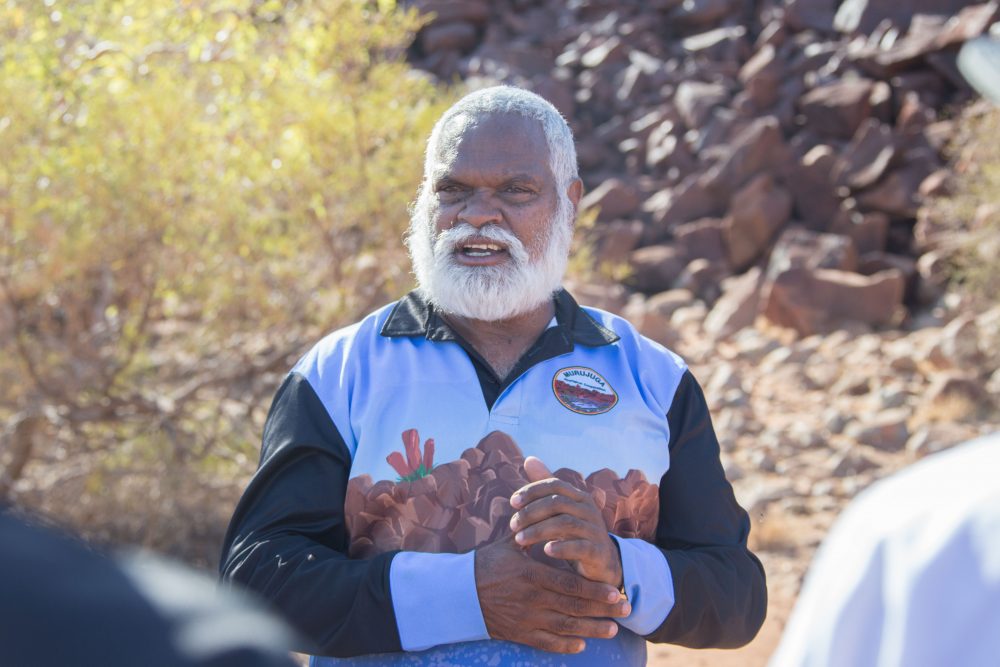 Mr Jeffries brings to MAC a wealth of professional experience which includes roles with the WA Police Force, Rio Tinto, the Yamatji Marlpa Aboriginal Corporation, Woodside and his own business offering consulting services and Aboriginal cultural tourism. After being elected to the MAC Board in early 2018, Mr Jeffries accepted the role of acting CEO prior to his investiture as MAC’s CEO in late 2018.

Mr Jeffries has a clear vision, goal, and direction for MAC. Working with the Board of Directors, Mr Jeffries aims to secure MAC’s economic future and that of its members. To accomplish this, MAC and its members must reap the rewards and benefits of sustainable development, training, and education while preserving the unique Aboriginal cultural history and traditions of Murujuga, for the use and benefit of future generations. In the near future, Mr Jeffries, working with the Board of Directors, and in partnership with industry, the state and federal governments, and other stakeholders is on track to achieve the following: