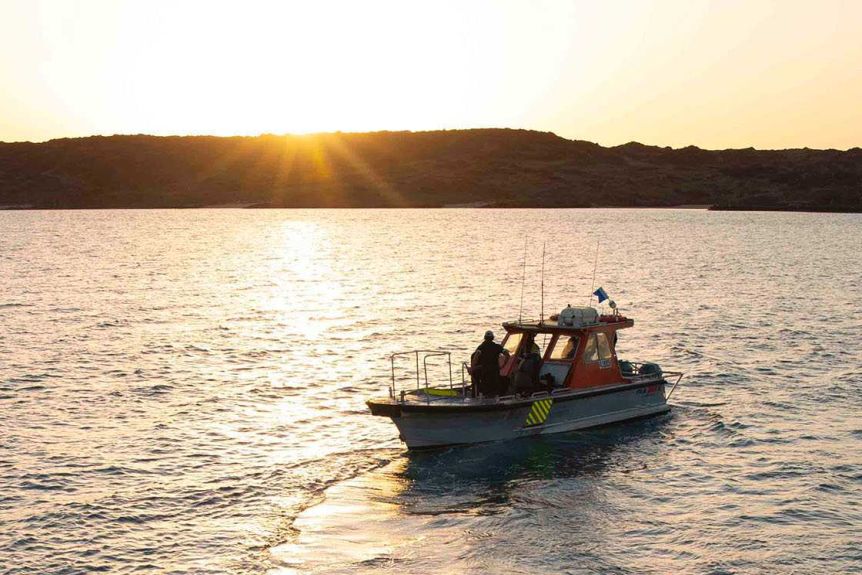 Archaeologists in the north-west of Western Australia are conducting a survey with a difference at the bottom of the ocean.

The pioneering project is searching for underwater evidence of ancient Indigenous life in the Dampier Archipelago.

Scientists are hoping the exploration will lead to evidence of human life from when the seabed was land. 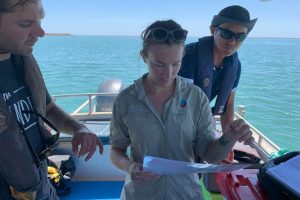 Jonathan Benjamin has been leading the team of international scientists working on the three-year project known as The Deep History of Sea Country.

Diving back in time to a lost world

The Dampier region in WA is rich in ancient history, with rock carvings telling the story of some 50,000 years of human existence.

This includes the nearby Burrup Peninsula site of Murujuga, which is home to an estimated 1 million Aboriginal engravings.

But with the rising of sea levels, there was a question over what artefacts remained underwater on surfaces that were once on land.

or the first time researchers have been investigating below the surface to better understand what life looked like in the area.

“And here in Australia we’ve lost 30 per cent of our continental shelf to sea-level rise.

The team of researchers have been using aerial and boat-based scanning of the seabed, and once prospective sites were identified the team headed underwater.

During one expedition, the group were exploring what was referred to as a “wonky hole” — a feature which would have been a freshwater spring in what is now a submerged river valley.

They have been searching for artefacts including stone tools and taking geological samples of rock to establish dates of occupation.

“This is really important for us,” Ms Wiseman said.

“It gives us a way to analyse the deposition of these rocks and sediments over time.

“That tells us a story of how the landscape came to be.”

As the field research portion of the project comes to an end, the team will now gather and process their findings.

“By the end of this year we should have some pretty exciting results to write-up and share with the public,” Dr Benjamin said. 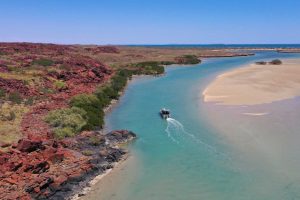 “There are thousands of sites all over the world with submerged landscape archaeology embedded underwater.

“We don’t have that record yet in Australia, so we’re doing something new and different.”