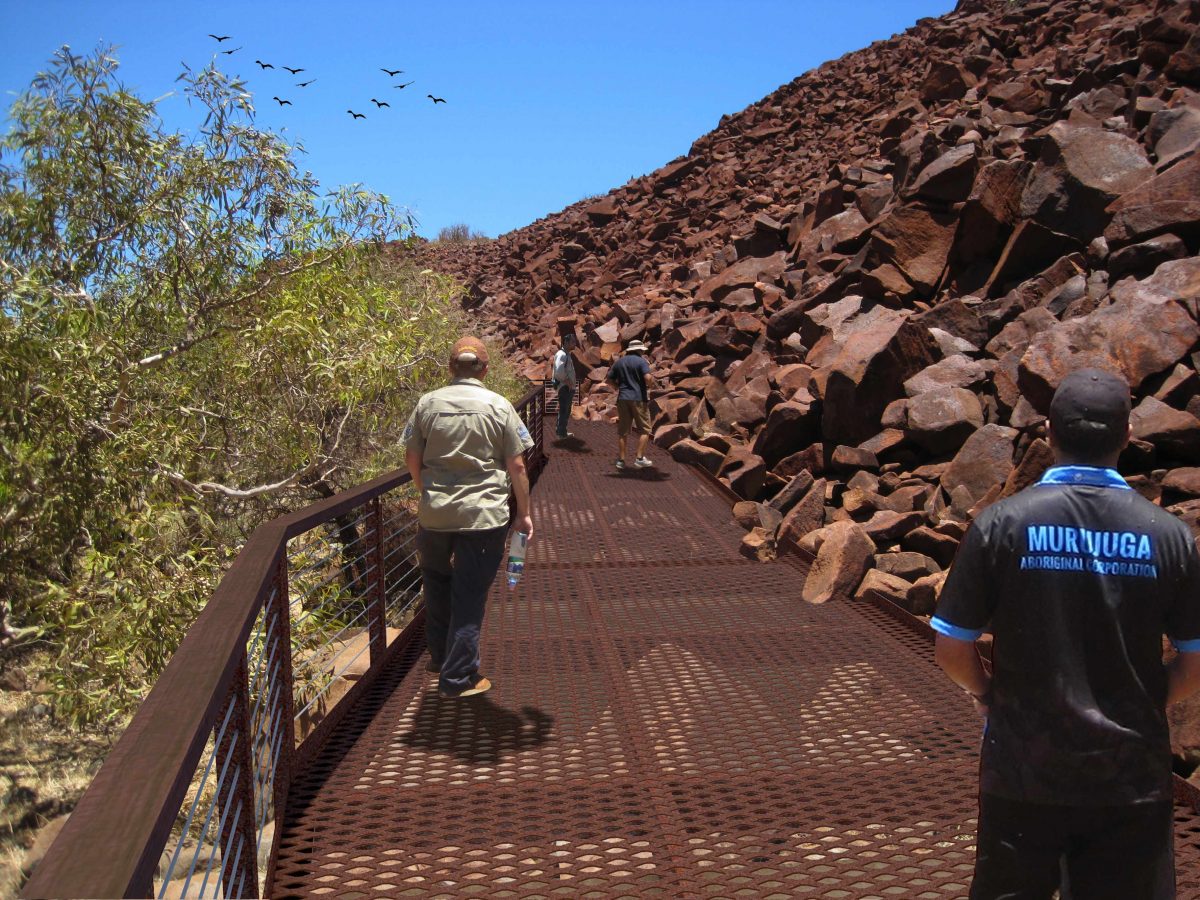 Access to the ancient Murujuga rock art in WA’s Pilbara region would be improved, under plans to build a new tourist boardwalk at Deep Gorge.

The Murujuga Aboriginal Corporation (MAC) and the Department of Biodiversity, Conservation and Attractions, which jointly manage the Murujuga National Park, have co-designed the proposal for the new boardwalk.

The proposal includes a raised boardwalk in a circular loop with viewing platforms and signage explaining the meaning behind some of the engravings.

Some of the rock art is believed to be up to 40,000 years old, making it one of the world’s oldest and most unique outdoor art galleries.

MAC Chief Executive Officer Peter Jeffries said the boardwalk concept plans had been approved by the circle of elders.

“The rock art has survived for tens of thousands of years, and we hope it will be protected for generations to come,” he said.

“Part of that protection is to provide easy access to the rock art, while at the same time avoiding damage by encouraging tourists to view it from the designated areas.

“We hope the boardwalk will also enhance visitors’ experience through providing interpretive signage which will promote a better understanding and respect of Aboriginal culture and heritage.”

The project has been granted the necessary federal, state and heritage approvals, and it’s hoped that construction can start early next year.