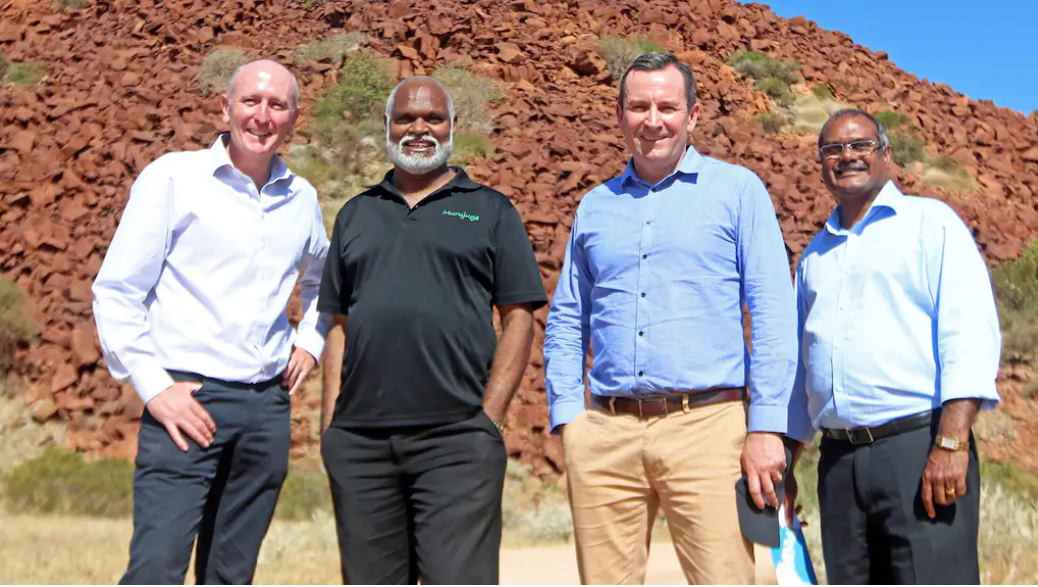 More than one million rock engravings on the Burrup Peninsula have survived as long as 40,000 years.

But no one knows if they can withstand a century of industry and more development may be on the way before we find out.

Called Murujuga by the traditional owners and once named Dampier Island, the Burrup over the past 50 years has attracted industries that have made Dampier the second-largest bulk port in the world with more than 9500 vessel movements a year.

Now there is pressure to shift proposed new industrial developments off the peninsula to protect the rock art amid a McGowan Government push for World Heritage listing.

Murujuga Aboriginal Corporation chief executive Peter Jeffries says he’s concerned about the effect on the rock art of industry emissions on the Burrup.

The MAC wants new industry to be located at the Maitland Industrial Area about 25km south-west.

The biggest tenant on the Burrup, Woodside Petroleum, may be the one to make the first move.

WestBusiness understands that Woodside is investigating building a gas and solar power station backed by batteries on the Maitland Estate to either partially or entirely replace the power station at its North West Shelf LNG plant.

Woodside chief executive Peter Coleman said in May that 70 per cent of the LNG plant’s emissions came from generating the power to run it.

The North West Shelf LNG plant produced 16,000 tonnes of volatile organic compounds, 8000 tonnes of nitrogen oxides, 3000 tonnes of carbon monoxide and almost 100 tonnes of sulphur dioxide in the 2017 financial year, according to the National Pollutant Inventory.

Any move of a significant portion of the plant’s power generation to Maitland would greatly reduce the emissions over the Burrup rock art.

A Woodside spokeswoman said the company was committed to reducing its emissions intensity.

“We have studied, and continue to study, options to achieve this, including renewable resources and high-efficiency power plant, which could potentially be located away from the Burrup,” she said.

While Woodside is considering moving some of its activities on the Burrup, two other parties want to set up new plants.

A confidential briefing note for the Premier’s April visit to the Burrup Peninsula obtained by WestBusiness revealed the Government was in negotiations with Perdaman to build a $US3.3 billion-plus ($4.6 billion) urea plant and with a consortium of Wesfarmers, Coogee Chemicals and Mitsubishi for a $US1 billion ($1.4 billion) methanol and monoethylene glycol plant.

Perdaman chairman Vikas Rambal said that subject to approvals construction of the urea plant would start in the first quarter of 2020.

“I have full awareness and respect for rock art and heritage issues around the site,” he said.

“The emissions from this project will have no major impact on already approved emissions around that area.”

A spokeswoman for Wesfarmers said the three companies were currently conducting a pre-feasibility study.

If it was favourable, a full feasibility study would follow that might take up to three years with a further three years to construct the plant.

A Senate inquiry reported in March on the effect of industry on the rock art.

It concluded the protection of the engravings was crucial for future generations because of its vast cultural and historical importance.

The rock art engravings, or petroglyphs, depict geometric designs and extinct mammals including megafauna and thylacines. Others show animals such as turtles and possibly the oldest known depiction of a human face.

University of WA honorary research fellow John Black said the petroglyphs were formed by scraping a very thin patina, or desert varnish, off the rocks to reveal a paler layer of rock below.

He said studies of patina elsewhere in the world showed its colour came from manganese and iron compounds that were strongly affected by the acidity of the rock surface.

Dr Black said if industrial emissions increased the acidity of the rock surfaces and caused the manganese and iron to dissolve, the patina would lose its colour, and the petroglyphs would disappear.

He said there was no proof yet that the Murujuga patina was dissolving but by the time it was visible it would be too late.

Mr Jeffries said it was frustrating that the Senate inquiry agreed on little else but the importance of the rock art.

Coalition senators said that since industry started on the Burrup the science suggested the surfaces of the rocks had become more acidic, increasing the dissolution of manganese and iron in the patina, but said no direct link between industrial emissions and a risk to the rock art had been established.

Labor senators pointed to concerns CSIRO work monitoring rock colour over the past decade that supported the argument that industry had not damaged the rock art was seriously flawed.

UWA Centre for Rock Art director Jo McDonald said there had been a wasted decade of poorly planned science.

“I think the precautionary principle is that we shouldn’t actually be doing anything (new) until we know what the impact is of what we are doing,” she said.

“The reason we’re in this situation in the Burrup is that people made the decision back in the 60s to make a deepwater port there before they understood the significance of the heritage.”

Mr Jeffries said if the new industry did not go to Maitland more scientific work to understand the effect of emissions on the Burrup rock art was required before development was approved.

Environmental Protection Authority chair Tom Hatton said the authority was acutely aware of the sensitive co-existence of industry and the culturally and archaeologically significant rock art on the Burrup Peninsula.

He said the EPA had not yet determined what level of assessment it would apply to the Perdaman and Wesfarmers proposals, but the precautionary principle would be considered.

Dr Hatton said that in response to a request from Environment Minister Stephen Dawson, the EPA was considering changing requirements for Yara’s nitrate plant to better protect the art. 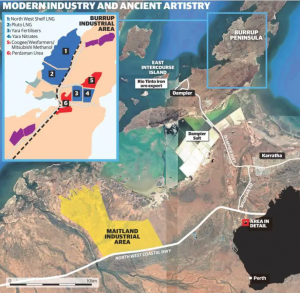