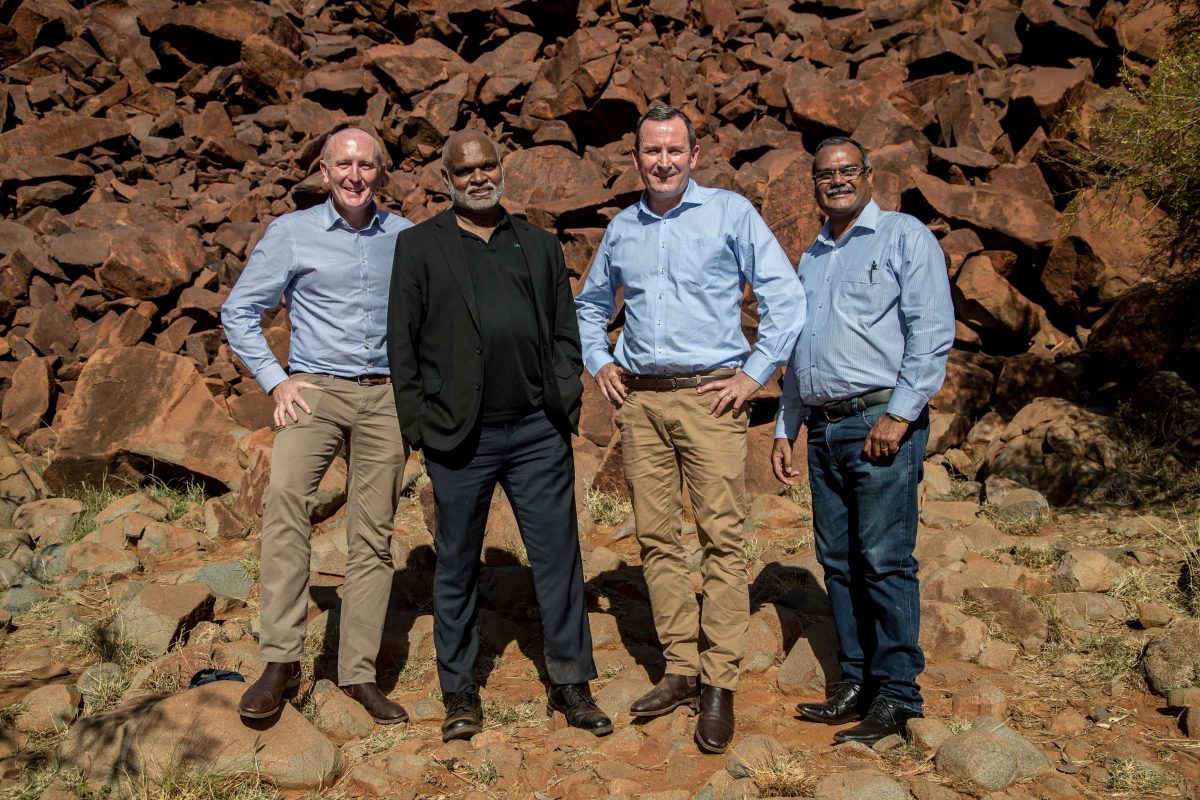 The Murujuga Aboriginal Corporation’s tourism plans for the Burrup have been given a boost, after the State Government agreed to increase the size of the Murujuga National Park through the transfer of land previously earmarked for industrial development.

The government will transfer freehold title to Site L, a 221 hectare parcel of land between Conzinc Bay and the northern head of Withnell Bay on the Burrup Peninsula, to the Murujuga Aboriginal Corporation (MAC).

The WA Premier Mark McGowan and Environment Minister Stephen Dawson attended an event at Deep Gorge on July 25 to sign documents to confirm the transfer.

Murujuga is home to the largest and most diverse collection of rock art in the world.

Mr Jeffries said the traditional owners had requested the State Government transfer freehold title for Site L to MAC so it could be incorporated into the national park.

“We are excited that the national park is set to expand, and we thank the government and the City of Karratha for working with us to achieve this outcome,” Mr Jeffries said.

“This decision will assist MAC in its plans to build the Murujuga Tourism Precinct at Conzinc Bay.

“The return of Site L provides us with certainty that no further industrial development will proceed in the northern Burrup adjacent to our proposed Living Knowledge Centre and campground at Conzinc Bay.

“The Centre is a watershed project which is going to showcase Aboriginal history and culture and provide a tourism boost to the Pilbara.

“We are pleased that access to the tourism precinct will be protected from any industrial development in the future.”

“The return of this land will make a difference because our country will be joined together again,” she said.

“When the land was zoned industrial, it was closed off, but now the land is coming back to us and it will welcome us back.

“It’s important because it will open up the spirits of my people, we have always had a connection, but now we can talk to the country again because the land is no longer closed to us.”

Site L will also now become part of the World Heritage Listing nomination bid for the national park and its unique ancient rock art collection, which MAC is working on with the State Government.

Mr Jeffries said MAC had also requested the return of nearby sites G and H.

The national park is jointly managed by the Murujuga Land and Sea Unit and the Department of Biodiversity, Conservation and Attractions.