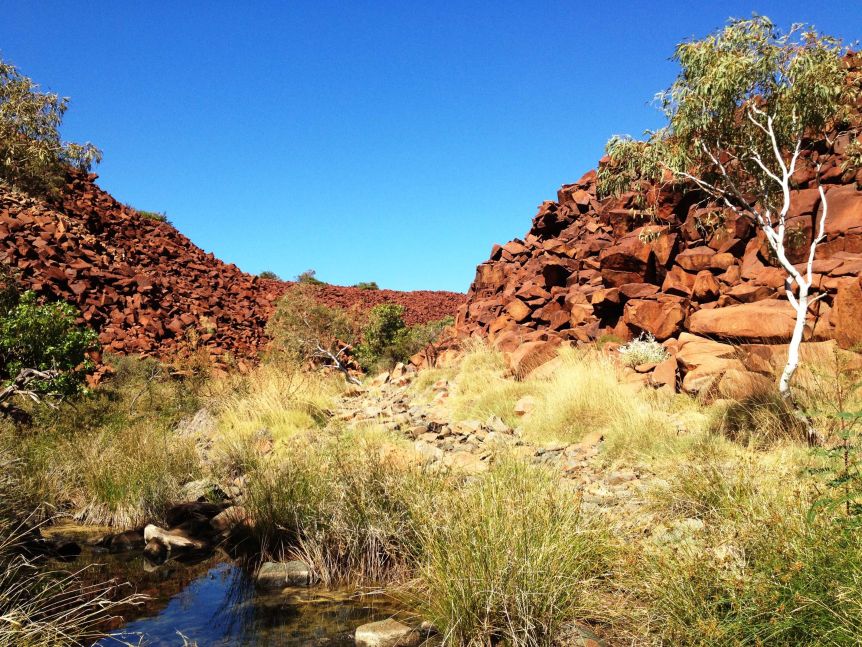 A senator involved in a long-awaited inquiry into the future of Australia’s globally significant rock art on Western Australia’s Burrup Peninsula says she is deeply concerned it failed to reach a consensus agreement.

The Senate report, handed down late yesterday after a year of delays, only agreed that the site, known as Murujuga, was significant and should be protected.

The inquiry was sparked amid concerns over the future of the site — home to more than 1 million carvings about 45,000 years old — because it sits among heavy industry and is close to the busy Port of Dampier.

“I’m deeply concerned we couldn’t reach a consensus here given the nature of the information that we were provided,” Greens senator Rachel Siewert said.

The findings were divided among party lines, but all agreed there needed to be more consultation with the Murujuga Aboriginal Corporation, particularly if there was a future push for World Heritage listing of the site.

During the inquiry, the corporation raised concerns it had not been fully consulted over a World Heritage listing, and said there was not agreement about such a move.

“I have been trying very hard over the last five years or so, trying to promote that area as a tourism destination,” he said.

“World Heritage listing will greatly increase the tourism within Murujuga and Karratha and the Pilbara region.”

“One of the cons would be you are going to have a lot more people out there, and the management of the park in terms of the traffic of the people would be something that might be very challenging,” he said.

“That may cause more disruption, more graffiti, and things like that to happen to the rock art.

“So that’s … the other reason World Heritage listing may not be wanted on that site.

“There’s been a lot of vandalism, especially recently, and that’s part of having a national park in there and more people accessing the place, not having control over who enters.”

The long-awaited report acknowledged the huge significance of the area and the need to protect it, but there was disagreement about the impact of industry emissions on the site, and what should be done about it.

The Greens and Labor backed a World Heritage listing push in consultation with the Murujuga Aboriginal Corporation, and more funding and enforcement powers for the local Indigenous ranger group so it could better protect the site from vandals.

Both parties called for a fully funded independent monitoring program to measure emissions and put measures in place to cut pollution.

And both wanted a comprehensive study of the rock art sites, and for a review of the compliance of one of its major industrial neighbours, Yara Pilbara, which has built a new ammonium nitrate plant nearby.

The Greens were alone in their call for the plant to be relocated to Maitland, another industrial area in Karratha, and the end to all future industrial development on the Burrup Peninsula.

Industrial plant not likely to move

“This is not a Lego plant. You cannot just take it apart and move it to Maitland and build it up again,” he said.

“There have been so many connections made in that plant that you would just have to build it all over, so for us that is definitely not applicable.”

Mr Rijksen said there had been “misinformation” about the company’s “tightly-regulated operations”.

“While the report is lengthy and requires further detailed scrutiny, Yara Pilbara notes within the committee there were differing opinions on industry on the Burrup and rock art monitoring,” he said.

“In their report, Coalition senators acknowledged they received no credible evidence of adverse impact of emissions on rock art.”

The inquiry was told Yara Pilbara supported a World Heritage listing, if it was supported by Indigenous custodians.

Labor senator Pat Dodson said there should be changes to the way the rock art was monitored.

“The consequences of degrading and the damage being caused to the rock art are irreversible and a new monitoring program is overdue,” he said.