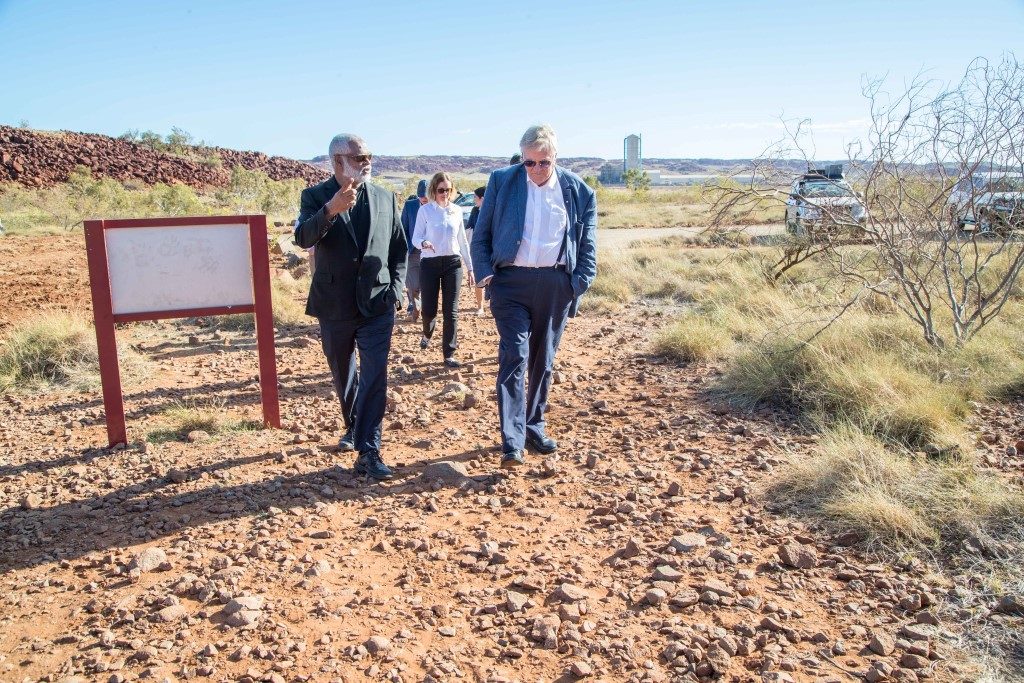 The Governor recently completed a four day tour of the Pilbara (Saturday, 20th July to Tuesday, 23rd July 2019) as part of his Regional Visit Program.

This was the Governor’s fifth regional visit. Previous trips include Kalgoorlie-Boulder in May, Bunbury and Greenbushes in April, and the East Kimberley and Albany last year.

During the visit, the Governor met with representatives in the City of Karratha, the Town of Port Hedland, Yindjibarndi and Murujuga Aboriginal corporations, industry and business groups and attended community receptions in Karratha and Port Hedland.

“Part of my job is to see everybody in this State that I can; to look at the work that they’re doing, and to see in what ways I can encourage that work through discussions with Government and other leaders and the community more broadly.

One of the biggest changes I have seen in the Pilbara since I was here last is a new and profound respect for Indigenous people. The emergence of powerful Indigenous organisations, a focus on culture and pride in that culture.

Projects like the transformation of the old Victoria Hotel in Roebourne into the new Ganalili Centre were particularly encouraging. Purchased by the Yindjibarndi Aboriginal Corporation in 2013, it is now a cultural and commercial hub promoting knowledge of the Yindjibarndi culture and traditions. It’s not itself a stand-alone centre, there are a whole range of buildings in the area that all serve the function of providing opportunities for education, training, culture, tourism, the arts, and dignity – a sense of ownership and belonging. A headquarters statement to the rest of the world about what the Indigenous people of this area represent, their cultural strength and economic potential.

The Pilbara generally is, in terms of our natural exports, the key centre. We identify the Pilbara with contemporary industry, associated commonly with iron ore.

But here in the North are also the minerals of the future, the lithium and rare earths critical for battery and permanent magnet technologies that underpin future and green industries.

This demands national reflection on the centrality of the place in terms ranging from social and educational needs, through to defence. The approaches to our North West are the most critical of our national security approaches.”