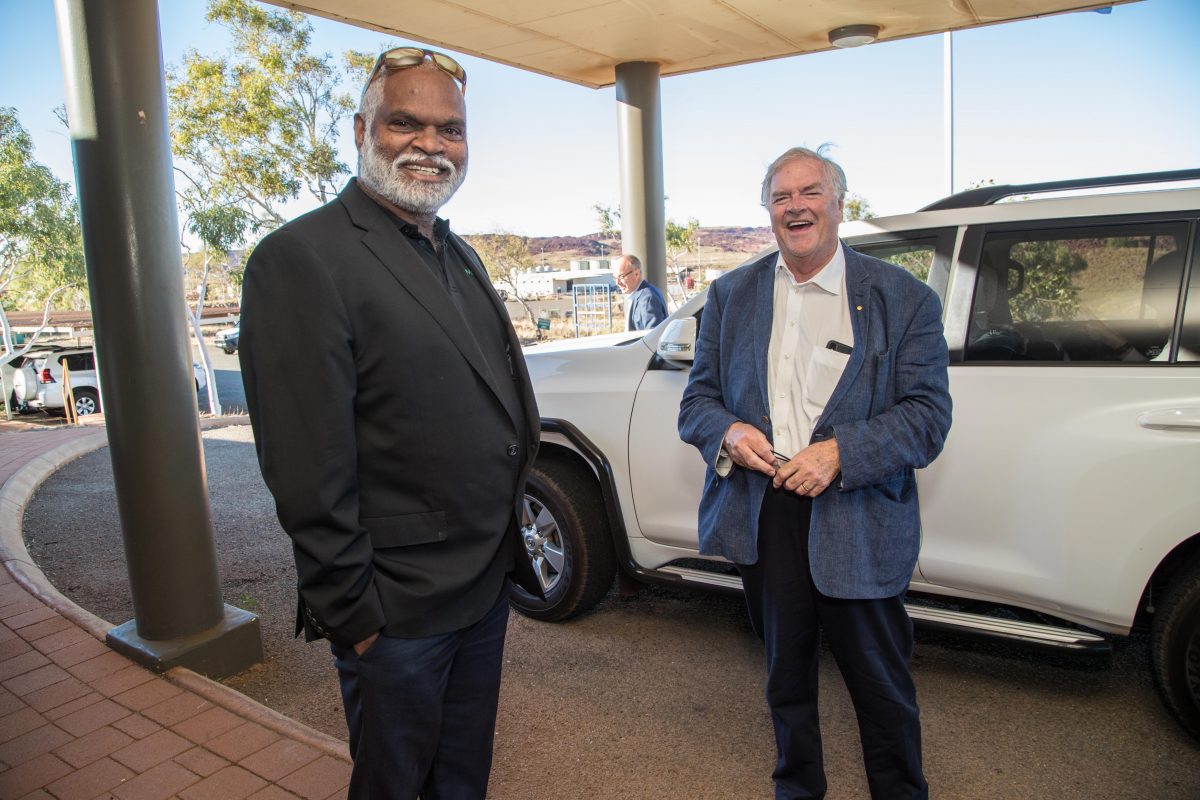 The Governor was officially Welcomed to Country by MAC CEO Peter Jeffries at Deep Gorge near Dampier on July 22.

Mr Jeffries said it was an honour to give the Governor a personal tour of Murujuga’s ancient rock art.

“We were keen to show the Governor this immensely significant collection of rock art, which is the largest and most diverse collection in the world,” he said.

“We shared the ancient stories of the stones, and explained the significance of the rock art to our people and why it’s so important to protect it.

“We also spoke about our work with the State Government to pursue World Heritage Listing for our rock art.

“We feel it’s important for people in prominent positions like the Governor to see the rock art for themselves, because they can play an essential role in advocating for Western Australia and the preservation of its history.”

Governor Beazley has identified educating both the local community and the world about the incredible diversity of Aboriginal culture as a theme which will inform his official program during his term as Governor.

“As Governor, I’m particularly interested in, and committed to, advancing understanding of Aboriginal people’s history and culture,” he said.

“The rock art at Murujuga is a unique and wonderful example of the rich culture of the oldest continuous civilisation on earth.

“It was a fantastic experience to walk the land with the traditional owners, to hear their stories and learn more about their connection to the land and culture.

“I was also interested to hear about MAC’s progress in working with the State Government to pursue World Heritage Listing for this immensely significant collection.”

The Governor was also briefed on MAC’s plans to establish the Pilbara as a leading destination for Aboriginal tourism.

The Governor is undertaking a four day visit to the Pilbara region as part of his wider Regional Visit Program, with stops in Port Hedland, Karratha and Roebourne.