Major landforms and habitats within the park include steep, rocky outcrops and hills, narrow valleys, sandy and rocky shores, mangroves, mudflats, and sea cliffs. ‘Hummock’ grasslands (triodia pungens) are predominant in the area, with a limited distribution of other ‘vegetation communities’. A number of threatened and migratory species, which are protected by WA State and Federal legislation, frequent the area.

With over one million recorded rock engravings or petroglyphs, Murujuga National Park contains the densest concentration of rock art of any area in the world. The petroglyphs of Murujuga range in age, with some dating back approximately forty thousand years. Access to some rock engraving sites within the park is restricted under Aboriginal lore and custom. The rock art sites are also protected under the WA Aboriginal Heritage Act 1972, which sets penalties for disturbing or interfering with the sites.

Additional information about the National Park can also be found through the Department of Biodiversity, Conservation and Attractions – Parks and Wildlife Service.

The first recreation site to be developed within the national park, this 700m trail is designed for universal access and features interpretive signage, viewing platforms and an elevated boardwalk following the edge of natural rock piles. Visitors are able to view an array of rock engravings, shell middens, grinding stones and other cultural artefacts, with some estimated to be more than 47,000 years old. 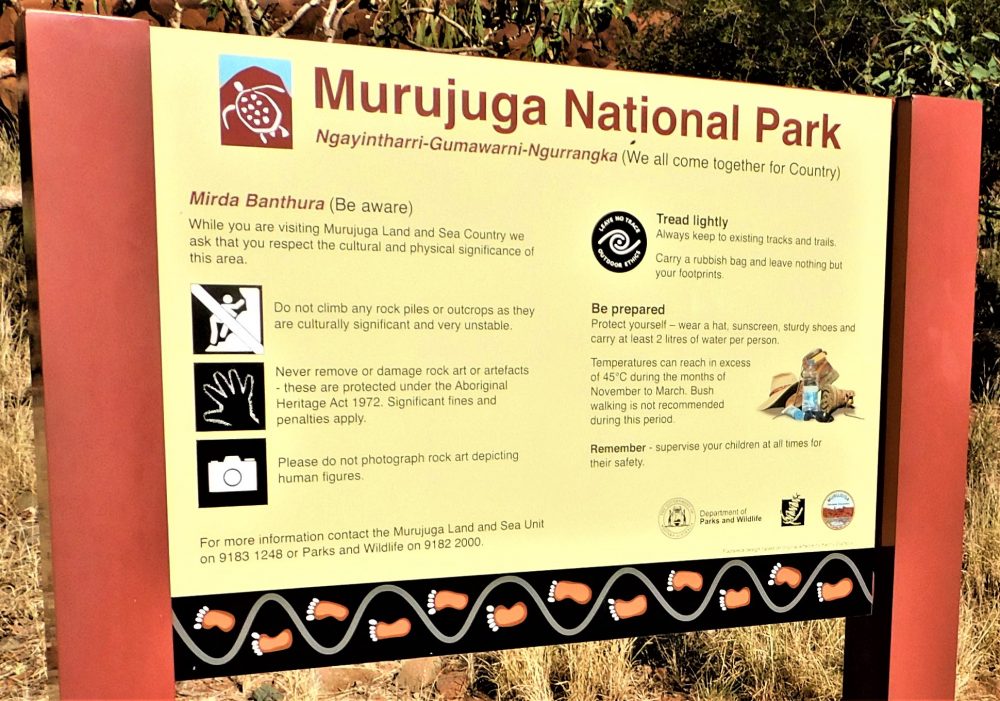 The Department of Biodiversity, Conservation and Attractions / Parks and Wild Life Service, have created the Pilbara Island Visitor Guide.

The guide is bursting with information including, the Pilbara Inshore Islands, Montebello and Barrow Islands. Plus helpful insights on the wildlife inhabiting the islands, activities, accommodation, access points and so much more.

No matter where you roam in the Pilbara, you will be surprised and delighted with the hidden treasures it holds.

The Pilbara – Don’t just pass through – Discover its soul!