Aquaculture is the world’s fastest growing food production sector. If successful, the project could provide employment and training opportunities for Traditional Custodians as well as enhance tourism opportunities. A pilot project to grow rock oysters in Flying Foam Passage is being undertaken by Maxima Pearling and the PDC, in collaboration with MAC. The aim of the trial is to test a range of equipment and locations as well as to assess growth rates in order to determine the best set up for a commercial operation in the Pilbara. 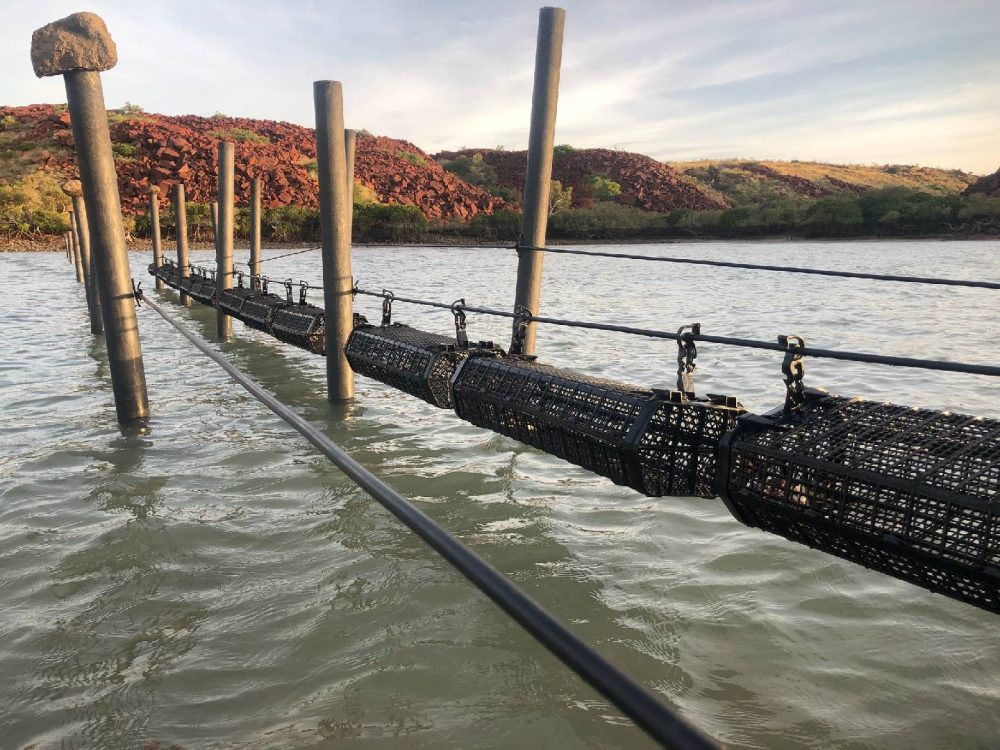 Murujuga Rangers were trained in the correct and safe placement of juvenile oysters in the grow out baskets. They were also schooled in the fitting of monitoring equipment following a mock deployment exercise held by WA mussel producer Blue Lagoon Mussels in conjunction with Research Officers from the Department of Primary Industries and Regional Development in advance of the crop’s arrival. The rangers worked with Maxima Pearling to deploy the oysters to the trial site. They have an important and ongoing role in checking the lines and monitoring the progress of the ‘spat’. 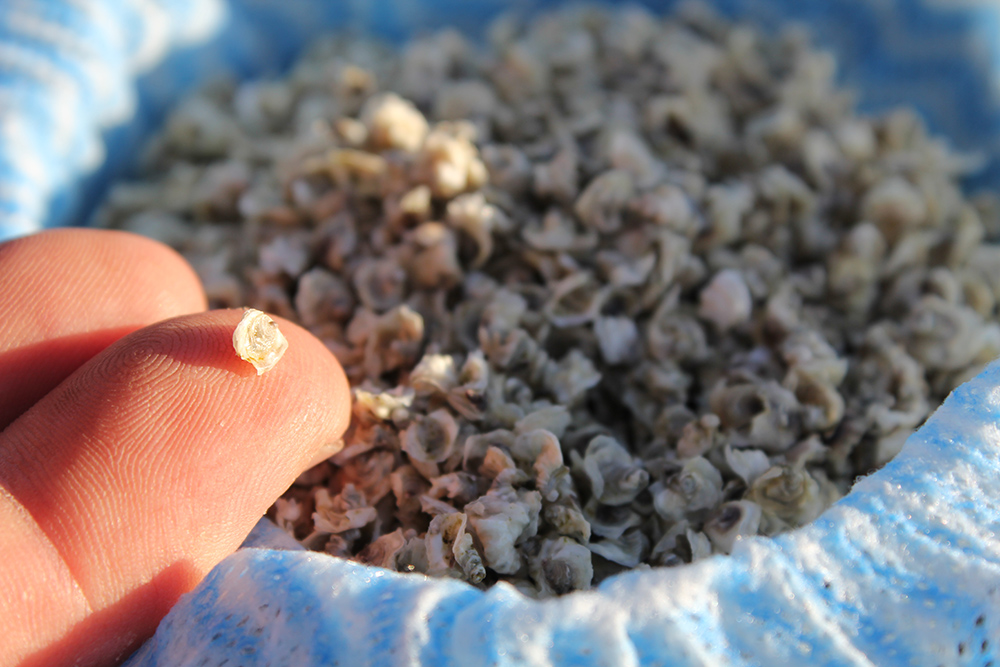