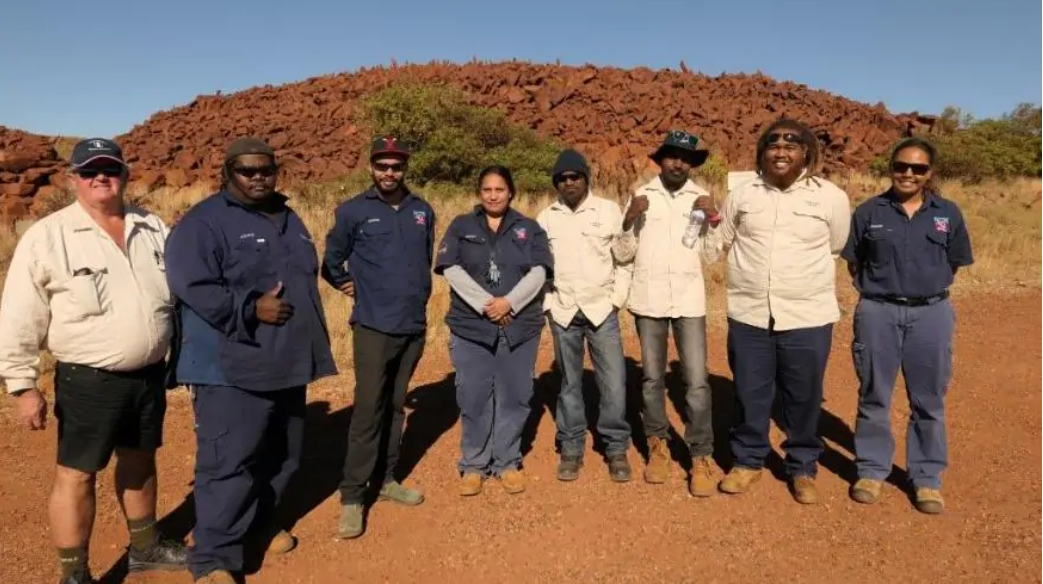 With one group coming from an inland cattle station and the other from a coastal national park, two very different types of Pilbara rangers met up for the first time last month at a workshop to give one another fresh ideas in land management.

Workshop facilitator and botanist Vicki Long said the Yandeyarra rangers had been interested in the Murujuga’s methods of weed control and their experience with tourism.

She said Yandeyarra rangers had acknowledged weed control was a less pressing issue for them on a pastoral station compared with the Murujuga rangers, who worked in a national park, but had taken home a plan to eradicate weeds from community areas.

“The bonding between the two groups was really good, so now Yandeyarra would really like the opportunity to host the Murujuga in their country,” she said.

The rangers were brought out by Greening Australia as part of the Yandeyarra Ranger Program aimed at equipping young rangers with new skills.

Cultural awareness training of the history of Aboriginal occupation on the peninsula was also conducted by Murujuga head ranger Conrad Aubrey before the visitors were taken around to important historical sites.Trainees Archie Captain and Nathaniel Herbert, from Yandeyarra, also received their TAFE certificates at the event.