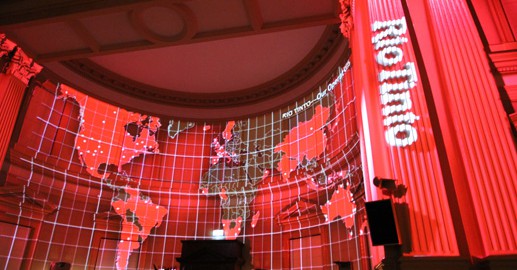 The Centre of Excellence for Indigenous Minerals Development in North America has announced Rio Tinto will be a founding partner, adding to the mining company’s global Indigenous engagement programs.

Established by Waubetek, the centre will be a unique hub of learning and research for First Nations and Indigenous-owned businesses in North America.

As well as providing technical expertise, Rio Tinto will help build the centre’s insight to Indigenous communities and allow its focus to expand across the continent.

Rio Tinto is the first resources company to join the partnership with a contribution of $US1 million ($1.5 million) over five years.

Simone Niven, Rio Tinto’s group executive of corporate relations, said the partnership with the centre aimed to grow the opportunity for Indigenous communities to participate in a meaningful way.

“North America can provide many of the essential materials for the transition to renewable energy, such as copper, rhenium and cobalt,” Niven said.

“Indigenous communities will be able to better understand the mineral resources in their traditional lands and make informed decision about whether to develop them.”

The centre will be a source of knowledge and expertise for Indigenous communities, industry and governments.

It will aim to connect stakeholders to develop partnerships, offer access to information, referral services and training tools around Indigenous participation in mineral development.

Rio Tinto has historically shown leadership in establishing reconciliation programs with Indigenous peoples, initiating its reconciliation journey in Australia in 1995.

The company’s then chief executive Leon Davis said, “We believe that there are major opportunities for growth in outback Australia, which will only be realised with the full cooperation of all interested parties.”

Fast-forward to 2011, and Rio Tinto’s first Reconciliation Action Plan embedded critical work into the strengthening of trust, growth and understanding of the role as an industry leader in reconciliation.

The company’s involvement extends to an Aboriginal heritage program in the Pilbara, alongside a Cultural Heritage Management System that ensures Aboriginal Traditional Owners protection.

Rio Tinto’s heritage program partner in the research and analysis of significant sites  revealed evidence of Aboriginal people’s occupation for over 40,000 years.

Alongside their partnership with the Murujuga Aboriginal Corporation and University of Western Australia in a major research program, the company has invested in sustaining communities and their Indigenous miners.