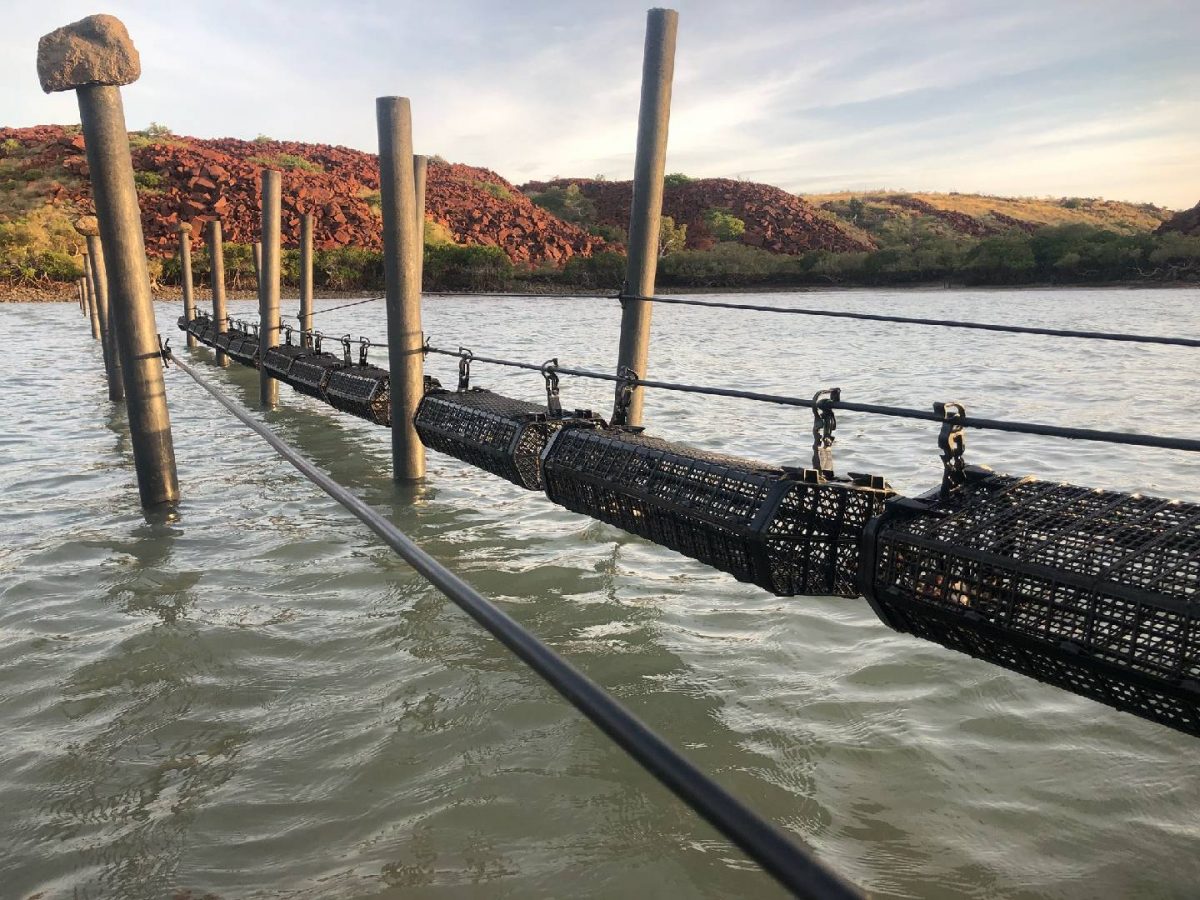 Flying Foam Passage trial oyster farm within the islands of Murujuga National Park on the Burrup Peninsula will soon be home for the growing black lip rock oyster brood stock.

Murujuga Aboriginal Corporation (MAC) has been working on the development of an edible tropical rock oyster industry in the Pilbara since 2017 in collaboration with the Pilbara Development Commission, City of Karratha, Maxima Pearling Company and the Australian Governments Department of Primary Industries and Regional Development (DPIRD).

The first research milestone has just been reached by using broodstock collected from Cone Bay in the Kimberley to successfully breed the species in DPIRDs marine shellfish hatchery in Perth.
The black lip rock oyster spat will continue to be grown in the hatchery until it is relocated to one of the northern research trial sites, including leases in Murujuga National Park’s Flying Foam Passage, in September 2020.

As a major partner in the project, MAC CEO Peter Jeffries said he was pleased the first research milestone of hatching spat from broodstock in the Department’s Hatchery had been successfully reached.

“We’ve been involved in the Pilbara rock oyster research project for a few years and it’s really exciting to see this first hatching which represents a major milestone in the research.
“It will be a really important day when the oysters get transferred to our sites in Flying Foam Passage later this year, and we can’t wait to see the outcomes of the trials.

“The potential for a major aquaculture industry to develop right here in the islands of Murujuga National Park is significant, creating more on country jobs for our people and investment in our region,” he said.

The industry produces over 15 million dozen oysters in NSW, Tasmania and South Australia and is valued at over $90 million dollars annually, yet there is no production occurring in Northern Australia despite rock oysters growing naturally along the coast.

The WA Department of Primary Industries and Regional Development recently received a $570,000 grant from the Cooperative Research Centre for Developing Northern Australia (CRCNA), to research the Black Lip Rock Oyster, the potential for industry development in the North and develop a set of guidelines for future producers.